The release of the TradeAudit mobile app is almost here. It is currently in MVP stage, but its infrastructure is a pretty typical cloud based deployment. This article discusses design choices made, evaluating how effective they were.

TradeAudit is a mobile app targeting anyone using Twitter for stock trading ideas/recommendations. This side of Twitter is colloquially referred to as “fintwit”, ie: Financial Twitter.

Twitter has a feature called “cashtags” where users can represent stock ticker symbols within Tweets using a dollar sign, for example $spy represents the SPDR S&P 500 ETF. The mobile app allows Tweets made about stocks (with or without cashtags) to be recorded, tracked via price information, and aggregated to create historical performance records for Twitter accounts. 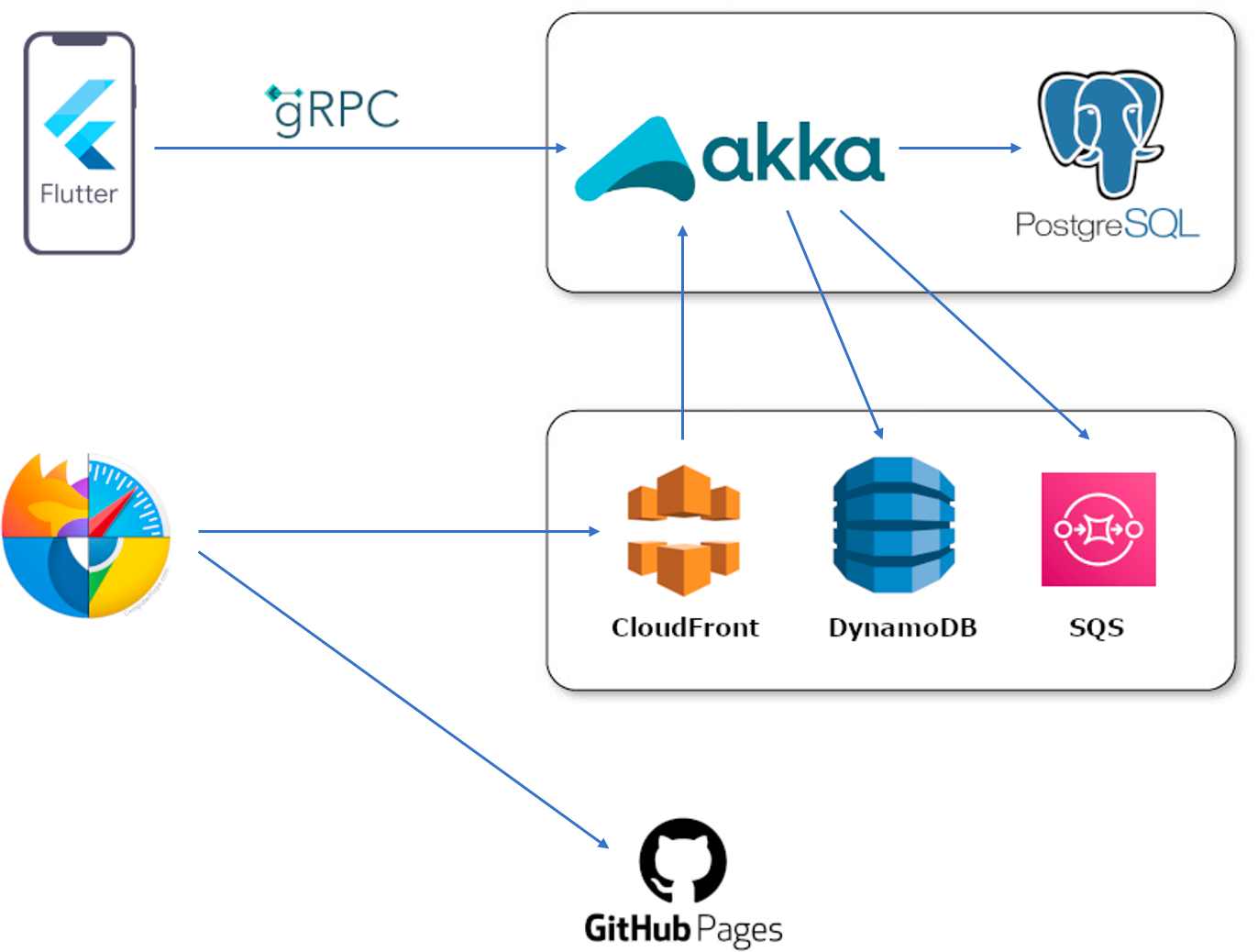 For developers not wanting a separate codebase for iOS and Android, there are 3 options:

The choice for your mobile app, if at all, depends on many factors. While Flutter lacks the maturity of Xamarin and the larger ecosystem of React Native, it is arguably the most intuitive development environment. The risk is that without Google’s continued support it may not survive, but adoption continues to grow lessening this concern.

All solutions evaluated for client-server communication should offer self-documented contracts; preferably with code generation and multi-language compatibility if applicable. Best practices to minimize maintenance is to ensure that incompatible changes to server schema will immediately break client compatibility before runtime.

GraphQL is a flexible approach and a good choice in multi-consumer scenarios with varied workloads. However, the quickest approach to get up and running is gRPC due to its clean abstraction of networking, making it transparent in code that already has proper asynchronous or streaming support.

The TradeAudit server-side hardware is a mix of non-cloud Virtual Private Servers (VPS) and serverless AWS. During pre-adoption phase (for bootstrapping ventures; seed investment is different) the emphasis is on economics while remaining flexible to scaling in the future. A monthly VPS server is cheaper than even a yearly reserved instance in AWS, while being more financially flexible. For stateless services leaning on proper DevOps tools including Ansible swapping out on a VPS is trivially more complicated than even the most streamlined AWS EC2 upgrade paths. The public cloud excels in (i) serverless and (ii) irregular loads, as pointed out by large companies when they decide to leave the cloud.

There is no one-size-fits-all language or framework for server implementations. Generally this is a good reason to choose a client-server interface with multi-language support. Even if features align initially to a single server-side framework, feature growth often is better served by expanding server-side languages or frameworks in the future, especially when implementing under a microservice paradigm.

It should be noted that the Sept 7, 2002 license change will require paid licenses to use *future* Akka releases; this also won’t apply to many no/low revenue projects, and not-upgrading will likely continue to be a popular and supported choice but should be evaluated.

The data layer can really make or break an application. TradeAudit currently requires:

The AWS offerings for RDS seem to be the least compelling; both by cost and additional features over VPS. The primary reason to use public cloud is rapid scalability, and outside of AWS Aurora it seems like the same amount of effort.

While a lot of mobile apps can get by without a separate website, there are many reasons to create one, including:

In the case of TradeAudit, the URL https://tradeaudit.app is hosted from a Github Pages repository. Github Pages can be a simple and free option for static sites. Dynamic data for this site loads from CORS JSON requests to the main TradeAudit mobile API server, and the data is highly cacheable. There are many free (or low cost) IaaS solutions providing highly configurable caching and DDOS protection such a AWS CloudFront or CloudFlare that will protect your API layer without a separate Nginx install.

You May Also Enjoy

The Electric Frontier Foundation (EFF) has recommendations about encrypting the web; there is no reason to be running servers over unencrypted HTTP any long...

SVG markup is very similar to HTML, and the Lit Web Components library can be used to not only generate HTML custom components, but also manipulate SVG in a ...

Github Pages is free hosting for static content webpages, and a cost effective way to publish micro-sites for all of your projects. Can it handle custom dom...

The suitability of programming languages across different domains is a contested topic. AWS Lambda Functions are a serverless solution that can be used for ...